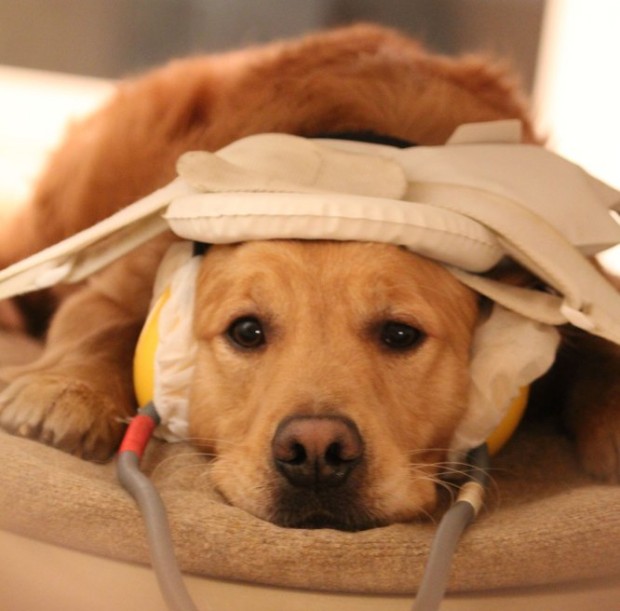 During the approximately 18–32 thousand years of domestication, dogs and humans have shared a similar social environment. Dog and human vocalizations are thus familiar and relevant to both species, although they belong to evolutionarily distant taxa, as their lineages split approximately 90–100 million years ago. In this first comparative neuroimaging study of a nonprimate and a primate species, we made use of this special combination of shared environment and evolutionary distance. We presented dogs and humans with the same set of vocal and nonvocal stimuli to search for functionally analogous voice-sensitive cortical regions. We demonstrate that voice areas exist in dogs and that they show a similar pattern to anterior temporal voice areas in humans. Our findings also reveal that sensitivity to vocal emotional valence cues engages similarly located nonprimary auditory regions in dogs and humans. Although parallel evolution cannot be excluded, our findings suggest that voice areas may have a more ancient evolutionary origin than previously known. WE ARE SO-SO LUCKY. WE ARE LUCKY TO HAVE FOUND SUCH A GOOD FRIENDS IN OUR DOGS. OUR LIVES WOULD BE POORER WITHOUT THEM. WE HAVEN’T THOUGHT SOME YEARS BEFORE THAT WE COULD BECOME SO “OBSESSED” BY DOGS AND THAT IT WOULD TURN OUR LIVES UPSIDE DOWN LIKE THIS. BUT WE REALLY DON’T MIND. THE OPPOSITE!
Strawberry Goldens Kennel 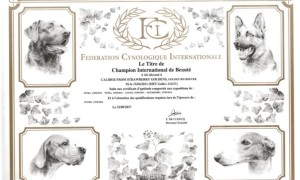